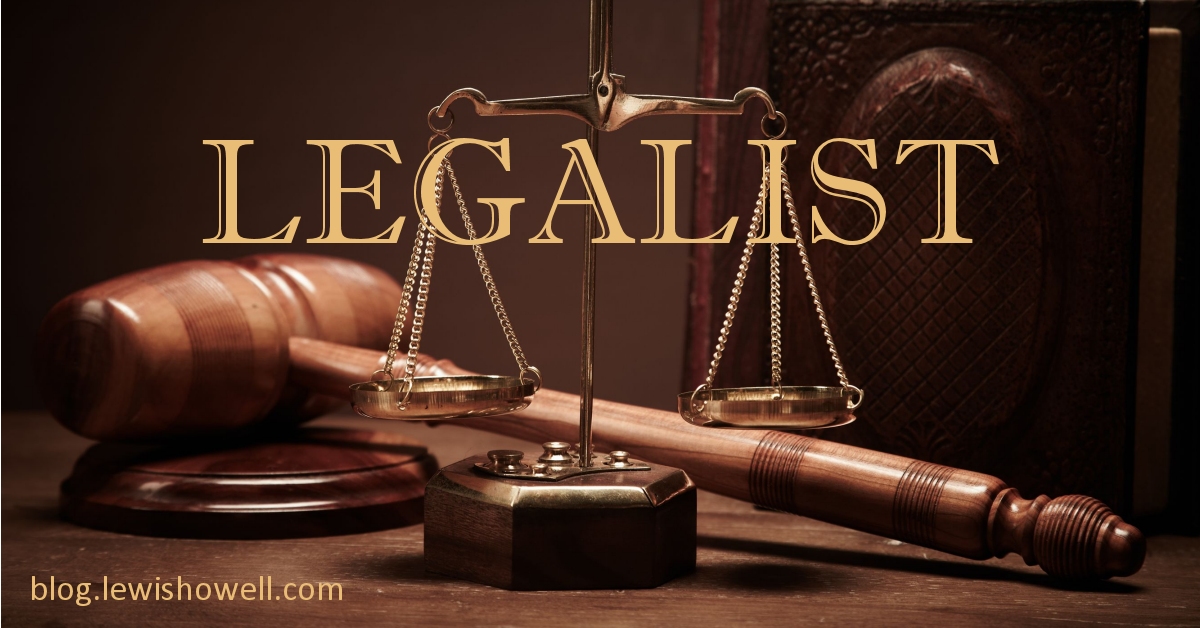 Ever been called a “LEGALIST?”

As a young Christian “LEGALIST” was thrown at me by supposed “Christian” friends. Before I was saved, these same Christian friends never once witnessed to me as they let me live a life of sin in front of them; they drank with me, smoked weed with me and went places with me that I would be ashamed to go to today. After salvation, God worked in my heart and gave me victory over these sins.

As a young Christian I was not bold in my victory so I never condemned my friend’s sin, rather, it was my testimony and my changed life that did this work. Without ever opening my mouth, it did not take long for me to accused of being a LEGALIST. I had no snappy response because I actually had no clue what they were talking about. I was just trying to live for God according to what I was learning from the Bible.

I came to find out that anyone who stands firm on sound, biblical doctrines of the Word of God will often be called a LEGALIST. As a young Christian this did not make much sense; being obedient to God’s Word certainly made me a BIBLICIST, but why the hateful words from supposed fellow believers, and Christian friends? As I watched their lives, in my studies it became apparent that those throwing around this term were actually LEGALISTS by God’s definition. They justify themselves in calling others a LEGALIST by using verses like Colossians 2:20-21, but they do not take the entire context which goes to verse 22, and actually condemns them of legalism.

“20 Wherefore if ye be dead with Christ from the rudiments of the world, why, as though living in the world, are ye subject to ordinances, 21 (Touch not; taste not; handle not; 22 Which all are to perish with the using;) after the commandments and doctrines of men?”
(Colossians 2:20-22)

These verses command us not to follow the ordinances of men who say “touch not; taste not; handle not.” Since my testimony condemned them as it told them to “touch not; taste not; handle not,” they in turn called me the “LEGALIST.” However, a clear, simple, elementary reading of this phrase within the entire sentence of verses shows that it is not legalism to follow the commands of the. In stark contrast, God is defining a LEGALIST as one who follows “after the commandments and doctrines of men” which is exactly what they were doing in condemning me. Frankly, the word LEGALIST is only used by men who are taught, or in essence commanded, how to use this word according to their teachings and not God’s.

Therefore, those who accuse us of legalism are actually the LEGALIST as they are heeding the corrupt, liberal, commandments and doctrines of men that they are following rather than the Word of God.

Those using the word LEGALIST are actually the LEGALISTS according to Colossians 2:20-22.